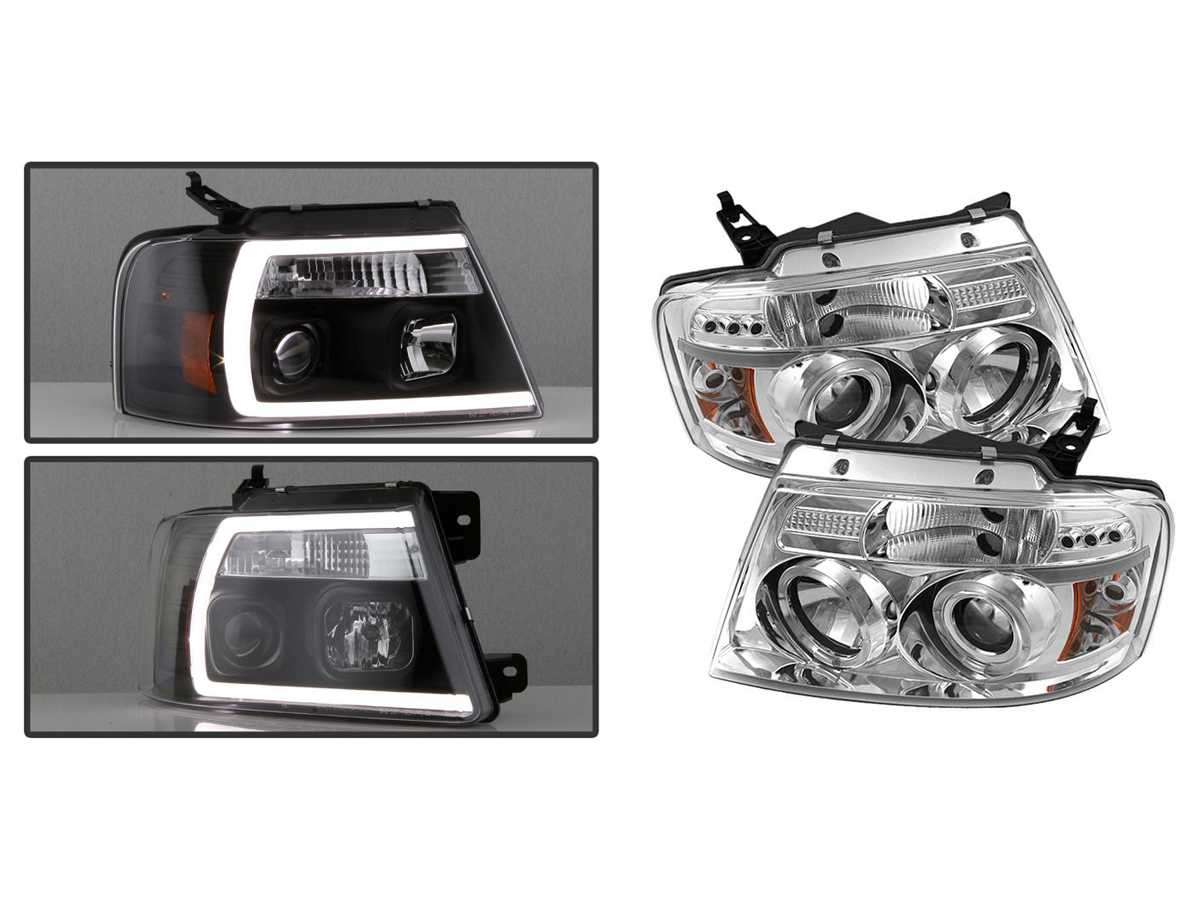 Are you in need of new head lamps for your 2004-2008 Ford F150? For instance we have a full catalog of aftermarket 2004-2008 F150 headlights in various styles to choose from. Secondly most of our lights are available in both chrome and black housing. Choose from styles including projector headlights, DRL, halo and more. Installing these headlights will modernize the look of your F150 and make your truck stand out from the rest. Additionally this is also a great option for customers that need to replace a headlamp due to a broken or weather damaged lens. Finally the staff at Driven By Style has over 10 years experience delivering headlights to F150 owners all over the globe. In other words we have the experience needed to answer any questions you may have about your F150 lighting.

Many owners ask us how to install the headlights in their F150. This video below by Spyder Auto demonstrates the process of what is involved in removing the OEM head lights and replacing with upgraded lighting.